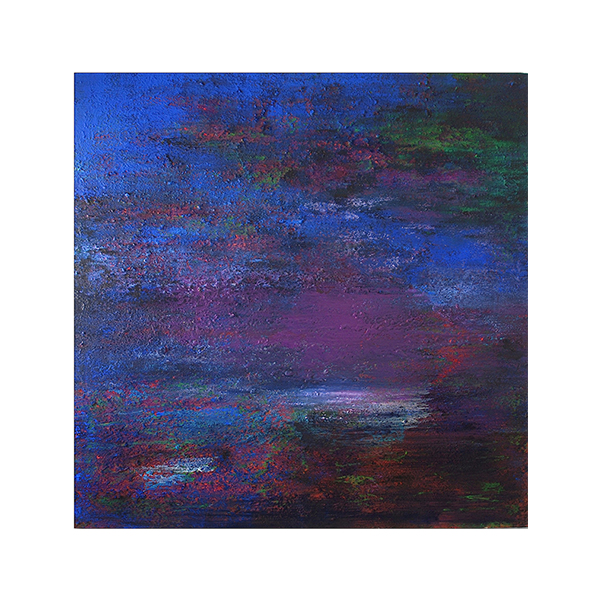 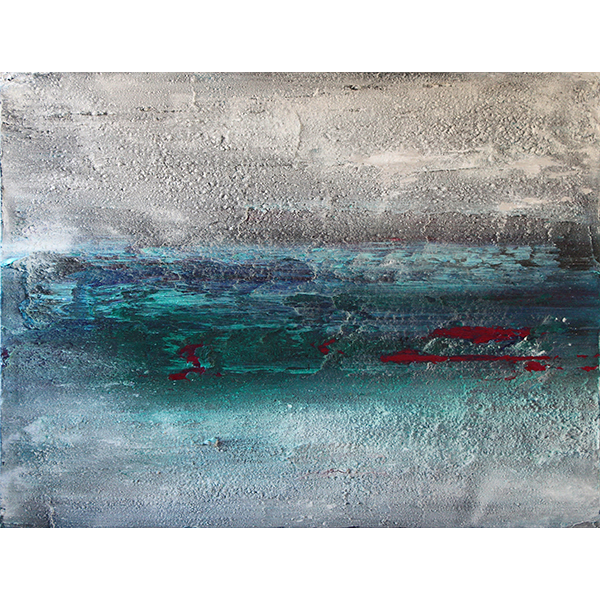 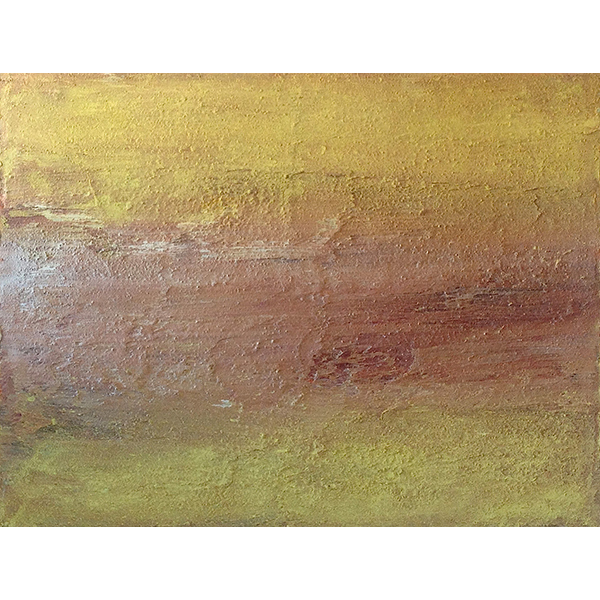 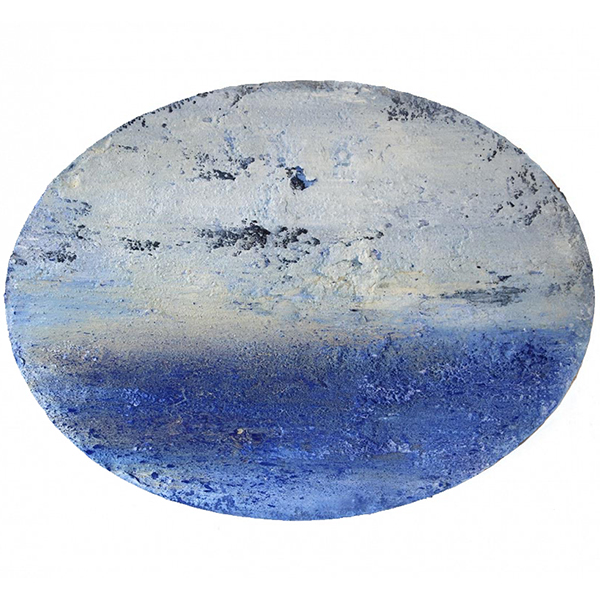 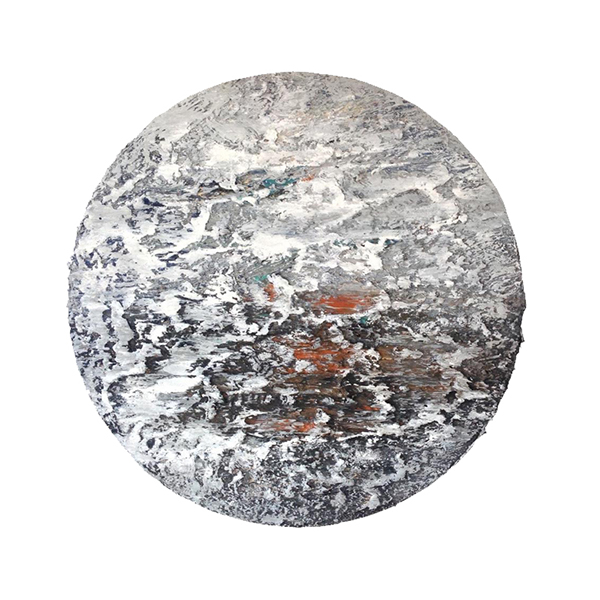 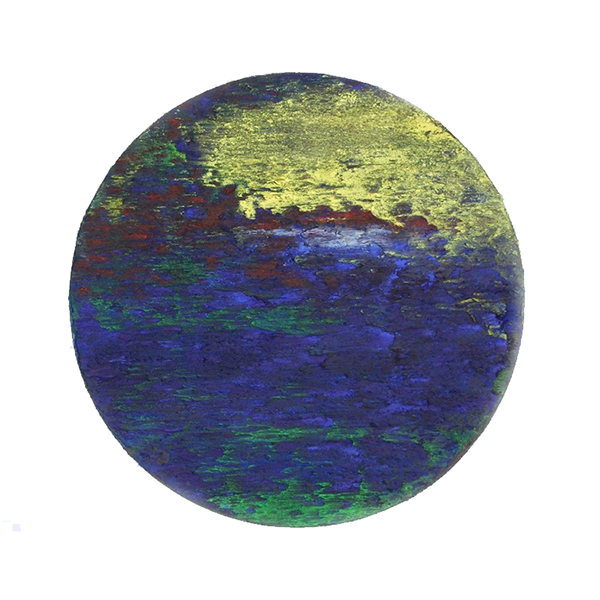 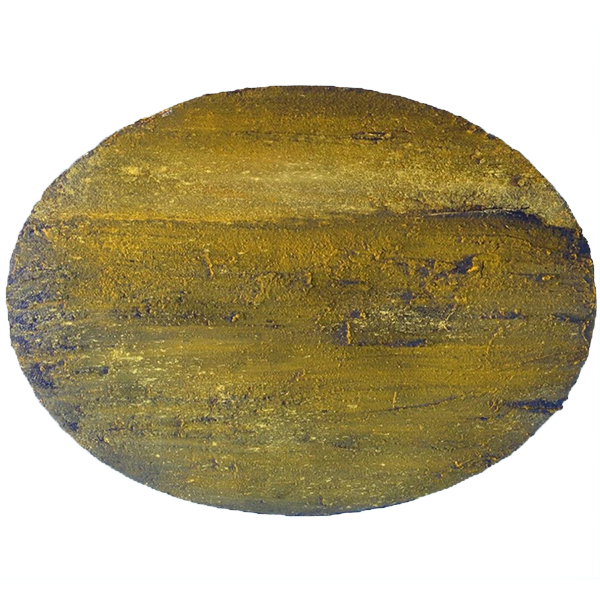 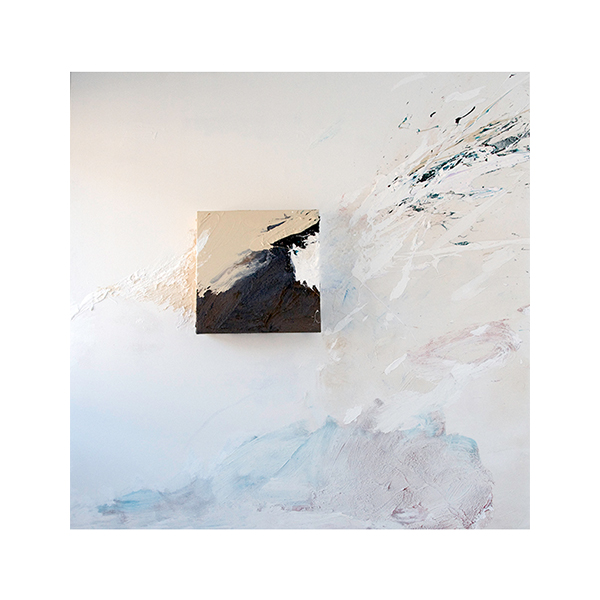 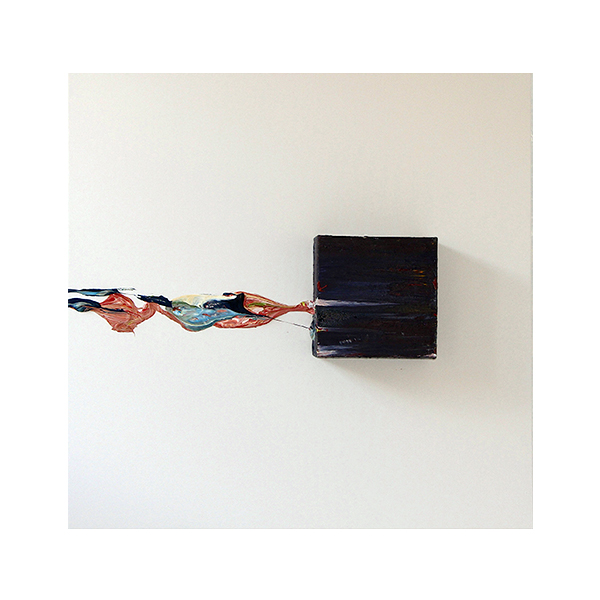 Alberto Reguera (born in 1961 in Segovia, Spain) divides his time between Paris and Madrid. His work could be said to originate in his admiration for the French lyrical abstract painters; in his evocation of the Romantic landscape painters; and in the spectacular vistas of his native Castile. In his abstract landscapes, he represents fragmented elements of nature with his own shapes and colours. His intention is poetic, in the use of painting materials, in the luminous textures that are layered over each other in his paintings and also in the affirmation of the physical act of painting.

Reguera stresses the sense of visual depth in his work. He widens the edges of his works and in their cross sections one catches a glimpse of transparencies and stacked colours, as in a sheaf of paper seen from the side. He offers a three-dimensional view of the painting. Some of these “painting objects”, created separately, are installed on the ground, forming a painting installation in which each work is a part of a large picture with multiform volume, offering different views. The work extends across a space that flows, seeking equilibrium with the material.

Requera also makes photographs of external landscapes and transforms them into internal landscapes. He captures of the colours of such places as New Zealand, Norway and China. His paintings have also travelled. He has shown in Washington, D.C., Hong Kong (City Hall), Singapore (Sculptures Square), Lisbon and Paris, among other cities. In 1994 and 2001 he and his paintings took part in performances at the Stedelijk Museum in Amsterdam in which Dutch musician Bart Spaan interpreted some of his contemporary compositions inspired by the work of Alberto Reguera. In 1995 he received the Paris Fine Arts Academy Award for Painting. In 2001 he won the Ojo Critico Award in Madrid. In 2012 he staged under the auspices of Unesco, the "installation painting" at Place du Louvre in Paris. In 2015 he exhibited his project "Blue Expansive Landscape" in the University Museum and Art Gallery of Hong Kong (UMAG) in cooperation with the Spanish Consulate. In 2016, he had his first retrospective exhibition in Spain at the Esteban Vicente Museum of Segovia, under the title of "Alberto Reguera: El Aura de la Pintura 1990-2015". Later, in 2019 Reguera was selected for the 8th International Biennale of Beijing China 2019, at the National Art Museum of China (NAMOC) in Beijing.